7 SEO Myths That Will Bury Your Site

Within the last two decades, search engine optimization has grown from an obscure techie term into a vital marketing skill. And like everything that gains a mainstream following, SEO is the subject of a lot of mythology. Thankfully, there are enough facts to help us sort through the fiction. These are the most common SEO myths floating around and the logic behind them.

You’ve likely gotten spam saying they’ll “boost your site rankings for the low, low price of $99.99”, calling themselves SEO ninjas. You’ll learn why they call themselves “ninjas”–because your site will vanish from the rankings when they’re through. The “businesses” that sell these services likely have little to no knowledge of actual SEO. At best Google will penalize your site, at worst you won’t have a site left.

Is it safe to pay someone to manage your SEO? Of course, as long as you trust them. The problem arises when crooked marketing teams prey on naive webmasters. Just remember if it sounds too good to be true, it likely is. 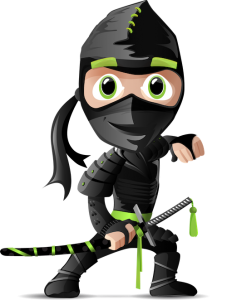 This myth is a lot like the ancient medical procedure known as leeching. Early on, it used to be a valid medical treatment, but now, using leeches will just suck you dry rather than cure your cold.

Keyword stuffing is, in a way, the cyber equivalent of using leeches. Back in the day, search engines relied a lot more on keywords for relevant results. While that isn’t nearly the case now, that hasn’t stopped people from perpetuating this myth. The truth is keyword stuffing will leave your site a dry, irrelevant corpse at the bottom of search results.

Whoever says this is being overdramatic. It’s true that search engine algorithms are constantly updating, but it’s a far cry from SEO being dead. Heck, the billions of dollars invested is proof that it isn’t. Really, it’s better to think of SEO as an ongoing process, not a fad that died out years ago. 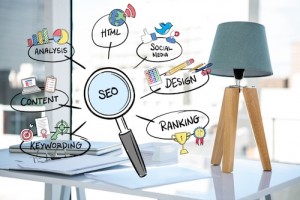 Usually, this goes hand in hand with myth #1, but not always. Sometimes this is simply a friend caught up in a game of telephone. Sure, they might actually know someone who works for Google, and it’s possible that person might have overheard some water cooler chat about search engine optimization. But that’s as likely as the grapevine is going to reach.

Despite what these people claim, they likely don’t have half of the facts from their “inside guy”. Sorry to let you down, but your friend’s cousin’s girlfriend, who happens to have an uncle that works for Google, won’t be able to do you any search engine favors.

Like all myths on this list, this one has a grain of truth. Yes, given how increasingly visual-oriented content is becoming, meta descriptions important. But meta tags aren’t as vital to a search engine’s results as they once were. In fact, search engines stopped relying on meta keywords because people kept spamming the ones they wanted their site to rank for.

While Google’s been pushing for webmasters to just focus on making good content, it’s left a lot up to interpretation. However, it should be a wakeup call for everyone to cater to humans first and search engines second.

Okay, let’s say you’re the best coder in the world, you’re a leading expert on algorithms, and you have some crafty plan to game Google’s algorithm. Now, assuming you’re this skilled, you might as well start your own search engine company.

Simply put, it’s not worth the time and effort to try and game Google’s results. Either your technique will become obsolete by the next update or your site will get blacklisted and buried. And yet, some people still claim to know “SEO hacks” or foolproof ways to get thousands of new visitors in under five minutes. It goes without saying that these claims are about as trustworthy as a Nigerian prince calling at midnight. Search engine optimization is tricky business, which is why it’s important to know the latest do’s and don’ts. When in doubt, check Google’s Webmaster Guidelines.